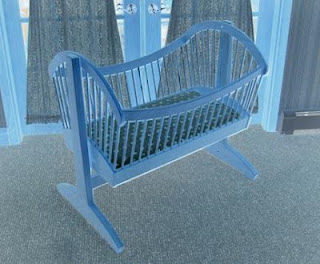 
I did not believe her. No one did. Except him. I remembered asking him: "How could you choose to believe her?  Don't you want to know the truth?"

Without any trace of emotion, he answered: "I do not want the truth. I am not interested in the truth. The truth is not important. I just want to be happy."

*****
I disliked all the men she had dated. I never stopped finding faults in them. No one was good enough for her. But he was different.

"Marry him,” I told her.
“I can see in his eyes that he is madly in love with you. He will keep you very happy. Trust me! A mother’s instinct is never wrong. The greatest happiness in life is to love and be loved."

Foolishly, she trusted every word I told her. Both of us learned the hard way that love is not enough to make us happy and mothers are not always right.

"I can't wait for the baby to be out of me," she screamed many times.

When Mohsin was finally out of her womb, I thought her misery would end. But I was wrong. Her misery was just beginning. My daughter hated motherhood as much as she hated pregnancy.

Mohsin was not an easy baby to look after. He was always crying. His wailing was driving her up the walls.

*****
Then, one day, out of the blue, Mohsin went missing. The police was called. My daughter told them that an ape had entered the apartment through the balcony, grabbed Mohsin in his arms and left.

Her story was outrageous. Her story was ridiculous. Her story made no sense. Our home was no where near a forest. It is impossible to believe that an ape would be roaming freely in a street that is congested with cars and buildings.

The only person who refused to doubt her was her husband. “The woman I love is not a heartless monster,” he said.

*****
The judge felt the evidence against my daughter was circumstantial. The police made every attempt to find my grandson’s body. But they could not find Mohsin. Their failure had given my daughter her freedom.

They treated us worst than a pariah. Almost every day, red paints to eggs were thrown in-front of our door. On many occasions, people spat on our faces.

Our neighbors stopped talking to us. Our relatives no longer visited us. Our friends ignored us. We were totally isolated. The hostility was too much for us to bear.

We had no choice, but to move away from the neighborhood that we had stayed for more than 10 years. Ironically, the new house that my son-in- law had found for us was near a forest.

But happiness was not written in our fate. Tragedy strikes when my daughter was alone in the house. When we returned home, she was no longer alive. She was tortured. Her throat was cut. “A monster like her should not be allowed to breath” was written in our wall, in a red paint.

The police was called. But they showed no interest in catching my daughter’s murderer. They felt the murderer was a hero, for getting rid of a child killer.

“May be an ape from the forest had entered your home and killed her,” said one of the policemen, sarcastically.

Her murderer was never found.

*****
Her death took a toll on him. My son-in-law was depressed. He could not believe the God had been cruel to him…. first taking away the child he loves, then the woman he loves.

Then, one morning, he went missing. He left a rambling note that he wanted some time alone to deal with his tragedy.

Three months later, he returned home, with a long beard, happiness shinning all over his face and a baby boy in his arms.

The story he told me was more outrageous than the story that my daughter had told. Deep in my heart, I knew, the baby in his arms was not Mohsin. He had made someone's son as his own. He must have abducted the poor child. Some parents out there are in agony, worried sick about their missing son. He desperately wanted some happiness and the child in his arms played the part, perfectly.

So many questions were dancing in my mind. But I asked him, nothing. I didn't want the truth. The truth is not important.  I am not interested in the truth. I just want to be happy.

I simply put on my apron, and said: "I will make us, a delicious dinner.  We have something to celebrate. My grandson has returned home."

The End
Posted by bissme at 5:08 PM No comments: