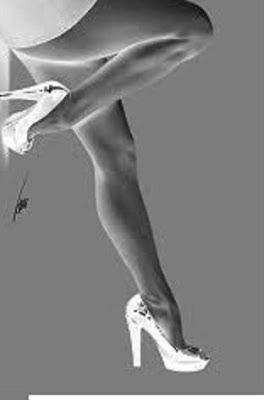 The Great Lie By Bissme S

I didn’t want her to play this game of madness. I couldn’t stop her. I was helpless. The moment he opened his eyes, she told him lies. She convinced him that she was his wife ...they were happily married... their new home was in New York. Naively, he trusted every word she told him.

******
When I was young, my mother always told me that relationships build on the foundation of lies will never last. Well, my daughter is a walking example that my mother is not always right.

He has no clue that the woman he hugged every night for the last two years is not his wife. And my daughter has no plans to tell him the truth.

Her relationship with him was built on one lie after another. Yet, I had not seen a happier couple than them. They laughed a lot. She knew exactly the right things to say to make him laugh. From my daughter, I learned lies can make you happy and sometimes, the truth is over- rated.

In the past, I would have respected my daughter’s privacy and not read her dairy. Not any more. I wanted to know everything about her love for him and nobody lies to their dairy.

She wrote in her dairy: “I have tried to love other men. But all the relationships failed to work out. The more I dissect my failed relationships, the clearer the picture became - at any circumstances and at any price, I had to be his lover. There was no two ways about it. As long as, I am not his lover, I will never find any peace.
Sadness will always hang over my life like dark clouds. I am tired of dark clouds. I yearn for a rainbow. Only he can give me the rainbow that I want so desperately.”

There are many nights she cried herself to sleep, knowing the fact that they can never share a bed together.  She was tired of crying. She wanted so badly to be happy. And only he can give her the happiness she searched for.

*******
When my daughter wanted to move to New York, I was not thrilled. I didn’t want my only child to be so far away from me.  She convinced me that New York was the best place for her to grow as an artist and reluctantly, I had to let her go.

Of course, the truth was a different story. She wanted to be far away from him.  But distance did not make her forget him. Sometimes, it is difficult to tell your mind to stop loving someone when your heart still does.

*****
Nine months later, I made a trip to New York. I wanted to surprise her. I didn’t want my daughter celebrate her birthday all alone.  Instead, life surprised me. The plane didn’t land safely at the airport.  I died instantly.  I didn’t want to leave my daughter alone in her moment of sadness. I want to keep her company, spiritually.

It was the biggest mistake I did in my life. Truly, I wished I had not visited her. I wanted to be ignorant of her madness.  I wanted to be ignorant of her obsession.
*****
Unlike me, he didn’t die in the plane accident. He went into a coma. After six months in hospital, she brought him home. Constantly, she was at his bed side… reading to him…talking to him… crying for him ….praying for him.

There were times she got intimate with him. She hugged him. She kissed him. She whispered words of love into his ears. Then, two years later, out of the blue, a miracle took place. He woke up from his coma. He did not remember who he was. He didn’t remember who she was. She took the opportunity to manipulate her way into his heart.  It was manipulation at the highest degree.

I hope that he never finds out the truth. He would have hard time digesting the truth. As for my daughter, she is not bothered about what is right and what is wrong. She was tired of living a life of misery. She desperately wanted her love story to have a happy ending.

She wrote in her diary: “I know what I have done is madness. But when love is not madness, it is not love. When the time comes, I will be ready to face God's wrath, his punishment and his hell.”

Initially, I was furious with my daughter, but slowly, I learned to forgive her. All mothers forgive their children, eventually. I justified to myself that what took place was not entirely her fault. She never asked to be born as his daughter. More than his daughter, she wanted to be his lover.

P.S. I have just recently released a collection of my short stories in  book titled  Doubt. Wet is one of the stories featured in this book.  if you are interested to get Doubt please log to this link
Posted by bissme at 11:15 PM No comments: