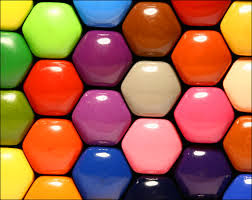 The Blind Date  By  Bissme S

"I am a man in search of adventures," he said
"Then I will give you one adventure that you will not forget," she said.

It was the first time they met. They were on a blind date. They did not wait for their meals to arrive. They paid the bills and left the restaurant. She drove him to a funeral where she worked as make -up artist. Her job was to make dead people look beautiful and glamorous. She took him to see a beautiful woman who had just died.

"She is only 22," she said.
"She has taken her own life. She drowned herself in a river. I want you to make love to her."

He was shocked. He was disgusted. He was reluctant.

"Where have your adventure spirit disappear to?" she asked.

He did not want her to win. He wanted to wipe away her gloating smile from the faces. He took out his clothes. He was completely naked. He kissed the mouth of the dead body. Then he climbed on the top of dead body. He inserted the penis into her vagina. Violently, he was making love to the dead body till he reached a climax.

She never thought he would have the guts to prove her wrong. She admired him. Love was dancing in her heart. Lust was poking at every part of her body. She wanted him inside her. But she controlled herself. Her late mother always told her that a true lady never sleeps with her man on their first date. She waited patiently for their second date to have him inside her.

*****
On their 50th date, he took her to an exhibition of an artist that the world admires and respects. Unlike everyone, she was not impressed what had been displayed.

“The artist is over-rated and over- paid, “she whispered to her boyfriend.
“The artist just splashed some colours on the empty canvas and people consider his works as masterpiece.”

He laughed, listening to her sarcasm. Then he said:” I challenge you to express your views in front of everybody in this gallery.”

She was surprised. She was reluctant to make his bet a reality.

“I thought you are a gutsy woman,” he said,
“It is a shame that you have proven me wrong.”

She did not want him to win. She wanted to wipe away his gloating smile from his face. She walked in middle of gallery and said:”Hello everyone! Can I have your attention, please? “

“You are afraid that people will condemn you and called you an illiterate for not understand the real meanings behind these art pieces. Personally I find art pieces here are terrible.

“I find my 10- year-old nephew can draw better than him. Let me demonstrate to you, physically, how terrible his works are.”

Then she urinated in front of everyone. She believe she would be thrown out from gallery for insulting  the guests and for wetting the floor of the gallery with her urine. But that did not happen.

Instead of anger, the guests gave her a thunderous applause. They thought she was a model that the artist had hired to do some kind of live art. They believe what they were seeing and hearing was art in progress.

“Are you guys, moron,’ she shouted.
“You are giving me applause for insulting you … For peeing.”

The angrier she got, the more applause she received. At one corner of the gallery her boyfriend was laughing his head off, looking at the comedy situation that she had created, unintentionally.

When he stopped laughing, he looked at her with the eyes of admiration. She was smart, sexy and she makes him laugh, constantly. His late mother always told him that if you want a happy marriage, then, marry a woman who will make you laugh. He did not waste any time. That night he asked her to be his wife.

Five years later, one night, he found his wife in bed with his best friend. He had been paying far too much attention to his work. She felt neglected. His best friend had major crush on her. Her loneliness had driven her into the arms of his best friend.

“All my life, all I wanted is to have you in my arms,” his best friend said.

But no violence took place. Her husband simply took his clothes and said: “Make room for me in the bed. I am jumping in.”

“I am woman with two husbands,” she said during one of their love sessions. The two men who loved her simply let out a huge laughter.

“A woman is not a woman till she has two husbands in one bed,” he said.

“I love you,” his best friend said to her.
“I want you in my life. I want you to go to heaven with me. Let us live our lives through God’s rules. Leave your husband and marry me. I want to make an honest woman out of you.”

Politely, she declined his offer.

“I am allergic to religion,” she said.
“The man you asked me to abandon is the love of my life. I will leave him, no matter what.”

“If you married him, you could have gone to heaven,” he teased her.
“Heaven will be hell for me if you are not with me,” she said.

He laughed. He kissed her passionately. He thought to himself that how lucky he was to find a woman who loved him more than life itself.

But God loves sad endings. He died young. He died of a heart attack. She was totally devastated. Life has no meaning for her, now. She had his skin preserved. She bounded his skin as a cover to a book that filled empty pages.

The empty pages in this book would not remain empty for long. She plans to write every moment she spent with him and every word that they have said to each other. It will be a book that will tell their love story. She would carry the book where she goes. She would keep the book close to her heart. She wants his skin touch her skin.


PS: I have recently released a collection of my short stories in book titled Doubt that you could get in major book stores. The Blind Date is featured in this book.
Posted by bissme at 12:42 AM No comments: