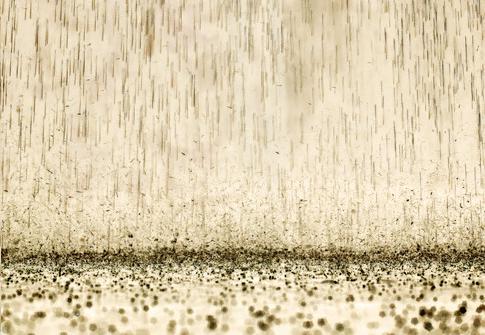 There was a knock on my door. My visitor was a stranger, who was wet from head to toe.

Out of pity, I allowed him into my house. The moment my door was closed, he grabbed me. He pinned me down on the floor. Fear danced in my bones. I wanted to shout. But he covered my mouth.

“Don’t shout,” the stranger said.
“Don’t be afraid. I will not kill you. Believe me, you will enjoy every moment of it. Nobody will want you the way I want you.”


He undressed me, violently. He kissed me, passionately. He fucked me, vigorously. It was lust at the highest degree. And he was right…I enjoyed every moment of it.

When we finished making love, he wore his clothes and left. He didn’t say anything. He didn’t use my telephone. His car was not broken down. I really believed that would be the last time I would see him.

But I was wrong. The following night, he was at my door step, again. It was not raining and he was not wet.

******
Every night, we would have the similar routine. He would be at my doorstep, asking to use my phone to call the mechanic for his broken down car. We would end up making love.

The moment we finished making love, he would leave. There were no conversations between us. I had tried asking him questions but he never answered them.

Three years later, one night, the knocking on my door stopped. He disappeared from my life. I was totally miserable. Slowly, I realized that my relationship with him was not based on lust. I tried to look for him. But I do not where to begin my search. I know nothing of him. I don’t even know his name.

I told my close friends about him. They had a hard time believing my story. They believed he was a figment of my imagination.

******
Two years later, I saw him, again. He was in the news. He was a lawyer who was slowly building a career in politics. The prime minister had given him some ministerial post. Now, I could guess his reasons to stop seeing me….his reasons to forget me. Most people will rather have this country burn to ashes than have a minister who is a gay, running this country.

He became the first minister in this country to be sacked. His wife was furious. She left him. She had a dream to be first lady of this country. Her dreams had been shattered. And she would not forgive him.

******
Loneliness can be a terrifying experience. All his friends and families kept their distance from him. He desperately wanted some companion. He was  at my door steps, again. He was wet from head to toe.

I allowed him inside my house. He was crying. I took out his wet clothes. I hugged him.  I planted kisses all over his faces.

“Stay here tonight,” I said.
“Nobody will want you the way I want you.”

That was the first night he didn’t disappear after we made love.

******
He likes spending time with me. I made him laugh and he made me smile. He was a stranger to me. But I was not a stranger to him. We had met before. I had no memory of our meeting but he remembered everything. We were school mates.

“I wanted to talk to you whenever I see you in school,” he said.
“You were handsome…You were gorgeous….You were so beautiful. But I was afraid to do so. I was so afraid that you would snub me. You looked snobbish. You were a loner.”

I had to become a snobbish. I had to become a loner. I didn’t have a choice. My school mates were always teasing me because I was effeminate. I kept my distance from everyone. I avoided crowd. I was tired of people laughing at me. School was not a place where I went to make friends.

“Before the election, I promised you that there will be change,” says the new prime minister in his first fiery speech after winning the election.
“I intend to keep my word. Nothing will remain the same. You will see a difference. Change is here.”

He could no longer stay with me. He did not want people to speculating about our relationship.

“I will not disappear like the last time,” he assured me.
“I will call you. I want you in my life. No one will want you the way I want you.”

I trusted him completely. But I should have known politicians are fond of breaking their promises. His ambitious wife returned to his side and I have become a forgotten character in his life.

*****
Eight years later, his political career ended, abruptly. His wife, a business woman, had given bribes to get some government contract. He had no choice but forced to resign. He was furious with his wife. His dream to be the prime minister of the country was shattered. And he could not forgive his wife. He ended his marriage.

When I first read his tragic news, I was jumping with joy. Whenever he is in trouble, the first person he looked for is me. I waited for him. I wanted to see him. I wanted him inside me. I wanted us to be lovers, again. But there was no knock on my door.

P.S. I have just recently released a collection of my short stories in  book titled  Doubt. Wet is one of the stories featured in this book.  if you are interested to get Doubt please log to Doubt link

Posted by bissme at 7:43 PM No comments: 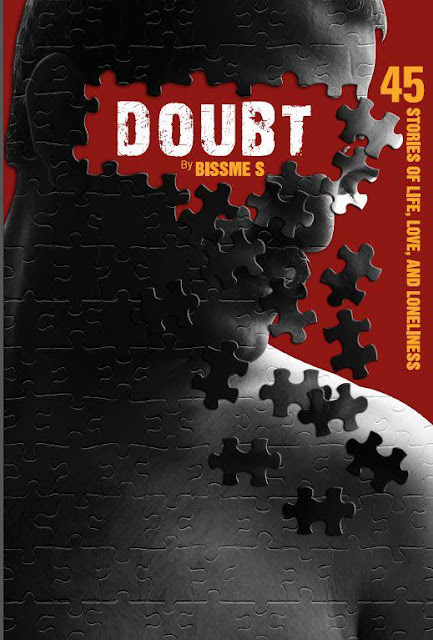 I am happy to announce that my book, Doubt, a collection of my short stories  has been published recently. It is my first book. Thank you Merpati Jingga and Faisal Mustaffa for having tremendous faith in publishing my work !
Some of the stories that are in this blog are featured in Doubt. I am also attaching two reviews  from friends who have been reading my short stories  for some time now.


* The first review is from  N. Shashi Kala, news editor fz.com a vibrant website that offers news and views across a wide spectrum of subjects. :

“ I have  been a fan of Bissme's short stories ever since he sent me one  - albiet reluctantly - back in the late 90s. The themes - incest, infidelity, revenge (of the most twisted kind), murder - are all rooted in relationships gone wrong. Whether it is a girl who takes extreme measures to get her father to fall in love with her, or the tale of two brothers who become porn stars to make ends meet, Bissme excels in drawing out the essence of the characters and the twisting perceptions. There is no subject that is taboo in his eyes - we are all flawed creations of God and Bissme is keen to make us realise this through his stories. He takes us into  the dark recesses of the human soul and shows us the creatures we've become. It takes an insane mind to dwell here and that Bissme has chosen to build his home here speaks volumes. But his gift is in making these characters relatable and in some ways symphatetic despite the compact nature of his stories.
I hope he eventually moves on to novellas and novels - his short fiction always leaves me wanting more.”