I am highlighting a short story from my book Bitter

I accidentally killed a stranger. In panic, I chucked the dead body in the boot of my car. Once I reached home, I told my mother what had happened. Furious, my mother shouted: “Some women shouldn’t be behind the wheels. I will clean the mess that you have created.”
My mother cut the dead body that I brought home into tiny pieces and fed them to the crocodiles. My mother and I have been running a crocodile farm ever since my father died 10 years ago.
“Nobody will ever find the body,” my mother said.

*****
I became obsessed with the woman I had killed. I wanted to know everything about Malena. I read everything that was that written about her.
“Malena is a vegetarian and her favourite vegetable is cauliflower,” her mother said in one of the interviews.
My instinct told me that I should buy several dozens of cauliflowers and throw them into the crocodile’s pond. I followed my instincts. I could not believe what I was seeing in front of my eyes. The crocodiles were rushing to eat the cauliflower. These crocodiles chose cauliflowers over red meat. These crocodiles had become vegetarian. I have no doubt that the soul of the woman I had killed was living inside these crocodiles. Out of fear, I took the rifle and started shooting every crocodile in our farm. I was killing the women I had killed.
My mother was shocked to see all her crocodiles dead. In tears and anger, my mother shouted: “What have you done, you crazy bitch? When your father died, he left me enough money for me to survive for seven generations.
“Do you know why I have started this crocodile’s farm? I started this business because I cannot bring myself to love you. I do not know why. But I hated you from the day you were born.
“I needed someone or something to love after the death of your father. My life is empty without love. This crocodile farm has given my life meaning. I love my crocodiles. I will never forgive you for killing my love. I wish you had killed yourself instead of the crocodiles.”
That night, I decided a mother who loves her crocodiles more than her child does not deserve to live. I strapped my mother to her bed. I poured kerosene all over the house. I struck a match and the house was on fire. I could hear my mother screaming. I got into my car that hit Malena and slowly drove away from the burning house.
The next morning, I was in Malena’s house, confessing my crime to her mother. With the tears streaming from her eyes, her mother said: “So, my daughter is not missing. She was killed in a hit and run accident.”
I said: “You can call the police to arrest me. I won’t run away.”
Wiping away the tears from her eyes, her mother said: “Only I can punish you. Not the police. Not the judge. You killed my daughter. You are my criminal.”
Her mother brought out a pair of scissors. I thought she planned to stab me to death. But that did not happen. Instead, her mother used the scissors to cut my hair. After cutting my hair, her mother put some make up on me.
“You look so pretty,” her mother said.
I looked into the mirror and I don’t see myself any more. I looked so much like Malena, her daughter.
“I have a telephone call to make,” her mother said.
Her mother dialled the police station. Looking at me sharply, her mother said: “Inspector, I have good news for you. You do not have to search for my daughter anymore. She is no longer missing. Malena has just returned home....” 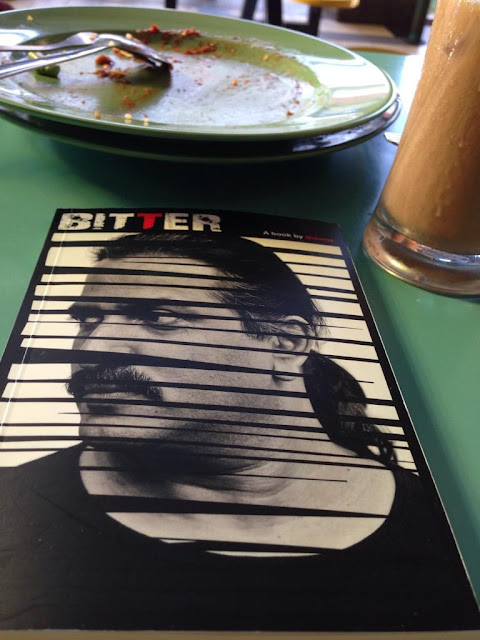 Posted by bissme at 2:51 PM No comments: